I did what I thought would be impossible.

I found the love of my life, the man of my dreams, the man who I know will stand by me through the good times and the bad. If you would have asked me if this would happen five or six years ago I would have told you Hell would probably freeze over first!

Well here I am after almost four years and I couldn’t be happier and I can say Hell didn’t freeze over. In a week, I am going to Greenwich, Connecticut to marry Bill at the town hall.

I can hardly contain my excitement. I am as giddy as a schoolgirl, but there is just one thing missing: I won’t get to have a ceremony in my church and have my pastor preside over it. I know it is not legal to marry in New York. But even with having to get married in Connecticut, coming back to my church and having a ceremony in front of family and friends and God officiated my pastor would be a true joy—icing on the wedding cake (actually, in my case, cupcakes). When we decided to marry I thought how wonderful it would be to stand at the front of our church full of the beautiful mosaics and graceful arches surrounded by family and friends in God’s house professing my love and devotion and commitment to Bill.

Now, that is just a dream.

I know that wherever I marry, God will be there. And I firmly believe that God will be smiling down with approval. But a part of me wishes that I could have gone back to Christ Church United Methodist Church on 60th and Park Avenue and had my marriage blessed by my pastor in God’s house.

I have a United Methodist Church Sunday School perfect attendance pin, which is a reminder to me that at one point in my life, my home town church at the time, the UM Church of Freeport, was the center of my universe. For five years, I never missed a Sunday school class. I sang in the youth choir. I made my confirmation, and many years later, I married my then Catholic husband there because my minister had no problem sharing the altar with a priest. When it came time to pick a denomination in which to raise our children, I lobbied heavily for Methodism, because I wanted my girl babies to have the option to join the clergy should they choose to do so, and I had numerous misgivings about the concept and practice of confession, the denunciation of homosexuality,  birth control and the termination of unwanted pregnancies, and all the rules that seemed to govern not just behavior but thoughts, which hung over Catholicism like a judgmental cloud.

I won the domination battle, and both of our children where baptized in the Methodist Church that we joined when we moved to the North Shore of Long Island. I taught the confirmation class, my husband, an architect, became an usher and a trustee, and later designed the multi-purpose room which ironically was the place where we held the reception following his funeral in January 2002. Unlike my early church experiences, which my own parents did not participate in, our family worshipped together. Every person in our church knew my kids from the time they were babies. I share all this because I want you to know how emotionally, spiritually, financially and socially invested my family was in being Methodists.

All that changed when my older daughter revealed to me that she was gay. Because I already knew that 10% of the population is homosexual, and that a gay person is born that way, I had no problem with it. But apparently my domination did because the Book of Discipline states that the practice of homosexuality is “incompatible with Christian teaching.” I do not recall Jesus saying, “Suffer the little children to come unto to me, unless they are gay.”

There was all that other stuff about not discriminating against folks based on race, being welcoming to all who seek Christ’s love, but really, how can a group of learned, sincere, God-respecting people keep that sentence in the Book of Discipline and not expect anyone to notice the hypocrisy of the document? It essentially negates anything that comes after it. It is the equivalent of saying to gay people: “You can come to the dinner party we’re hosting, but you cannot eat any food.” You cannot get married in church, you cannot ask your minister to marry you, even in a state where gay marriage is legal, you cannot encourage a gay friend to enter the clergy, even if they feel called to serve God; and when all is said and done, the place where everyone should feel the most welcomed and accepted, the CHURCH, is the last place they can go because they are “incompatible.”

I do not care if you welcome my kid to coffee hour. I want the language of our official Book of Discipline to reflect love, not fear, true acceptance, not just empty gestures, and tolerance that starts at the top and informs everything else we do.

MIND members wear the purple shirts [“closed doors, broken hearts, we mind” – you can buy one here] to acknowledge that our doors and hearts are not really open, and every year at annual conference, they ask everyone to stand with them and wear one, too. I have no doubt, if he were here today, Jesus would be wearing a purple shirt, too.

My name is Nehemiah Luckett. I was born on Sunday, May 2, 1982 in Jackson, Mississippi. Rumor has it that I was in church the following Sunday and rain, sleet, or snow, most Sundays for the next 18 years. Options are limited when your father is the pastor and your mother the Sunday school teacher. At an early age, church was filled with good memories of people laughing and crying together. It seemed to me that this was where life happened.

At age 13 I began accompanying the choir and I assumed the duties of the music director. It was around the same time that I came out to my friends in high school, who were supportive and accepted me as I am.

Unfortunately, this was not the same atmosphere at church. With gay rights issues in the news, my father spoke about maintaining traditional family values and stopping gay people from adopting children or corrupting our society and I sat on the piano bench – seething. I wanted to jump and scream! But, my only form of protest was to quietly leave during what I experienced as hate speech and wonder to myself – ‘Must I leave my father and my church or live a life of lies? What did I do to deserve this?’

As I grew to accept my sexuality, I could no longer hide as the church demanded. I was done with that part of my life and for years that meant being done with church.

It wasn’t until a professor at Sarah Lawrence College asked me to sing in her church choir that I even gave church a second thought. I walked into a sanctuary that was very different from the ones I grew up with in Mississippi, yet still familiar. The service was exactly as I expected until the pastor got up to speak. He spoke about becoming a “welcoming congregation” and what this would mean for the church. I was floored. Here was someone telling me that I could be myself and still be a part of the church. It felt like not only finding a home – but, finding myself.

My name is Judy Stevens and I have been a United Methodist minister for 18 years. The current UMC policies in relation to lesbians and gay men hurt my soul. They hurt my soul  because I have seen and heard the pain of gay people who were members of the churches I served.  They hurt my soul because I have had faithful LGBT congregants in every appointment who gave as much of their time, talent, tithe and witness as any heterosexual in the charge – sometimes more – yet every single one of them has been denied justice and welcome by the UMC.

And they hurt my soul because they forbid me from fulfilling my responsibilities as a pastor. They compromise my discipleship to Jesus Christ. It is the local church that is the most important site of spiritual leadership, the local church where the living body of Christ is nurtured – and the local church where I cannot fulfill the calling of my ordained office. I cannot lead gay and lesbian Methodists who have the gifts and graces for ministry to explore candidacy for ministry. I cannot officiate their lifetime commitments to each other, blessing and celebrating their bonds with the community they give so much to.

My integrity as a pastor is compromised. I struggle every day to square the Discipline I promised to uphold with the Gospel I was called preach and the people I was called to minister to. 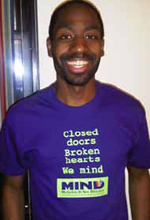