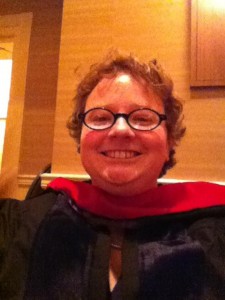 In the spring of 2011 friends of mine came to me and asked me if I would officiate at their wedding.  These two people are two of my closest friends.  Jane who is a man who identifies as trans and Jill who identifies as bisexual.

Having many questions, mostly around the traditional views of sex, and orientation, I asked a couple thousand questions about their relationship, polyamory, the hope for monogamy, the United Methodist Book of Discipline, traditional marriage vows, the very intriguing history of their lives, my own theological and social standing.  With all of this in mind, I weighed the pros of their love and the cons of clarity and decided that what God has brought together, no human should take apart.

Jill stated she had a call into ministry in the United Methodist Church and was in process to get ordained.  Despite my own pre-conceptions of society and the church, Jill was the closest person to a disciple I had ever met.  However she had some labels for herself that I couldn’t quite mesh with my traditional theological stance.  She is polyamorous and she identifies as a bisexual.

Jane was my soul “sister,” so to speak.  She was everything that I am, but was physically a man. Jane  presents herself in the skin for which she  was born. She is tall, dark, has a beard, smiles a lot, and does the guy thing (you know, like build stuff, fix electrical stuff, clean up the yard).  However when you talk to Jane, you are talking to a woman. She told me that he believes she was born in the wrong skin.  If she has been born today – she would begin the process for gender re-assignment.

Anyway – I decided that none of the reasons to not do this wedding (history, polyamory, the Book of Discipline) were relevant.  What I heard when I spoke to these two people, was an undying dedication to Jesus, justice and their family. I learned of two people who had been turned aside by the world and loved each other despite the fact that the world may see them as different, or even deviant.

For me, I knew I would not be the one who said no to this couple. I would stand up for them, with them and I knew that this marriage was a higher covenant than just a simple series of “I dos” throughout their marriage – no matter where it may take them.

The day they married, they stood barefoot in the most beautiful garden in upstate New York that they could find.  Jill’s son stood between them as the circle they would soon join was not just a circle with Jane and Jill – but a circle with their son as well.  Love is a sacred gift. That day in October 2012 they made promises to each other and to their son that they would live and abide by the vows they made, and without a doubt there was no place I’d have rather been that day than  there with these two women and their son.

Emily Hall is an elder in the New York Annual working in extension ministry as the Director of Chaplaincy Services in a state psychiatric facility in a nearby state.

We Did is a project of Methodists in New Directions (MIND) dedicated to making visible our ministries to LGBTQ people and encouraging others in the UMC to transcend the institutional requirement to discriminate and make their ministries visible, too. It is part of the Biblical Obedience movement sweeping across the United Methodist Church. You can read all the We Did stories here.  We invite you to submit your own story to We Did.